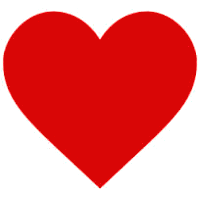 WooCommerce Round Up For Charity

Need a way to have WooCommerce ask shoppers to round up for charity?

Need a way to have WooCommerce ask shoppers to make a donation during checkout?

WooCommerce Round Up For Charity lets you do exactly that. The plugin puts a small form on the cart page and / or checkout page that asks shoppers if they would like to round up their total as a donation to charity. Their donation amount is rounded to the nearest whole number, and the shopper can optionally edit the amount if they’d like to donate more or less.  For example, if the order total is $25.03 the donation form will have a default amount of $0.97 and that amount can be edited by the shopper.

Alternatively, you can set a default donation amount that would be shown to the shopper when asking if they’d like to donate, and the shopper can change the amount if they prefer.

You can also optionally enable a feature to define a list of charities for the shopper to choose from. When you use that feature whichever charity the shopper chooses is tracked with their donation all through the checkout process and into their order receipt and order details. Administrators and store managers can view that information when viewing the details of an order in the WooCommerceadmin area.

This plugin quick and easy to configure. You can set the all of the text displayed in the donation form, and you can customize the donation form to look any way you like without losing your changes when you update the plugin. Just copy the template files to your theme, edit to suit your needs, and you’re done.

And here’s the cart page after a shopper opts to round up for charity – you see that the donation has been added to the cart.

Here’s the donation form presented on the checkout page if you enable that feature:

We keep all of our software up to date with the latest versions of WooCommerce and WordPress.

If you don't see any recent changes below it's because none have become necessary!

Take donations on your site at the cart or checkout pages by asking shoppers to round up their cart total.

All of our plugins come with great support via email and phone.

What can we help you find?